You probably may not notice anything on an armored truck when you see them driving down the street, except a security guard is walking around with millions of dollars in their hands. It’s a shame because these vehicles are actually amazing and powerful machines. We’re going to look at some facts you probably didn’t know about them, and this may give you a newfound appreciation for these trucks.

#1: It is not the most dangerous job in security

One might think that driving around in an armored truck with a lot of money in the back would be a dangerous job. Actually, it is a little less dangerous when compared to other security jobs where the chance of being killed on the job is very high. Take for an instance a nightclub doorman; this is a security profession where you are more likely to be hurt or even killed on the job. However, an armored truck security guard comes in a close second, so maybe you’re safer just being an armored truck driver than being the doorman of a club.

Armored vehicles are naturally very heavy and can weigh twice as much when they are fully loaded just like a fairly small humpback whale or as a Chinook cargo helicopter as seen on the battlefields and trying to push start it for any reason is never an option. It is important to note that these vehicles usually carry a huge amount of money in the back which is comprised of notes and small coins and these contribute to the overall weight of the vehicle.

#3: it can be driven on flat tires

An armored truck has the ability to drive at a pretty fast speed on flat tires. If for instance, someone with a good aim shoots out a truck’s tires, such truck will be rendered useless, but the armored vehicle is built in such a way that it can withstand such attack and still maintain its speed. In the event of an attack on an armored vehicle, the driver can only think about getting the truck to safety, and the driver is able to do this because the armored vehicles can drive on deflated tires. The armored truck’s tires are actually hard to burst in the first place, but there are measures in place in case it does happen.

4: The concept of armored trucks began in Chicago

The idea of which vehicle in which to build the armored truck came from the busses they used to take children to school. It all began in Chicago when the mobsters had to beef up their own cars to protect themselves against the police and their other enemies. The police, however, fought back by reinforcing with steel plates and covering the windows of the old buses they had purchased with bars to protect themselves against the mobsters.

5: Trucks were influenced by September, 11th

The events that occurred in September 9/11 changed a lot of things for the armored truck industry. However, there was a challenge on the vulnerability of the fuel tank and the underside of each truck, because the people inside the truck wouldn’t have stood much of a chance if a bomb went off underneath. These days, measures have been taken to ensure the safety of the people within the truck of which you will discover that the fuel tank can be remotely disconnected and the underside of the truck is also a lot stronger, capable of detecting any bomb in its path.

What do you think?

You don’t have to be a security guard to drive or own one of these because there are a lot of powerful people who can afford them these days. If you own a business or if you ever win the lottery, you might want to look into having one for you and your family. So, would you drive around in one of these powerful machines today? Then you should consider getting your truck from reliable Armouring companies like Troyarmoring.com to start with. 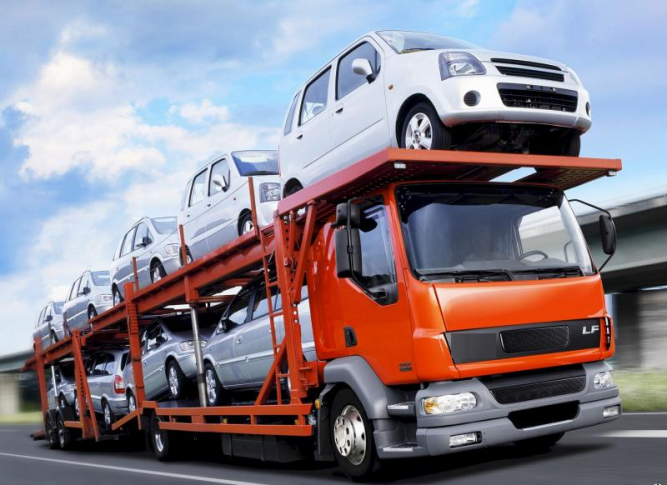